YMCA to Induct Six into Sports Hall of Fame

A Record-Setting Linganore Basketball Player, A Three-Sport Star, A Record-Breaking Swimmer, an Exceptional Football Coach, A Six-Time Champion Gymnast, and Baseball Coach of the Year.

Each year the YMCA recognizes individuals who, through their accomplishments and contributions in the field of athletics, have brought honor to themselves and to Frederick County.  Alvin G. Quinn was the Executive Director of the YMCA of Frederick County from 1919 to 1960. No individual has ever had such an impact on so many of the area’s young people during his 40-year career as did Mr. Quinn.

Six new inductees will be recognized: 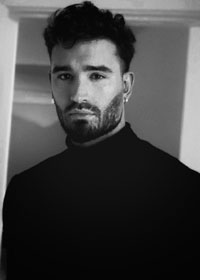 Joe Alexander was an outstanding basketball player at Linganore High School where he set several school records. After spending time at Hargrave Military Academy, Joe was heavily recruited to play college basketball and ultimately chose West Virginia University. While at WVU, Joe averaged almost 17 points per game, 6.5 rebounds, and close to 3 steals a game. He became only the sixth player at WVU to earn Big East first-team honors. He also led WVU to an NIT championship in 2007. He also scored a record-breaking 34 points in a Big East Tournament game and went on to play in the NCAA March Madness where he led his team to a Sweet Sixteen appearance. After his stellar college career, Joe declared for the NBA Draft and was a lottery pick, selected 8th overall by the Milwaukee Bucks. He played for the Milwaukee Bucks from 2008-2010. Joe also spent time with the Chicago Bulls and New Orleans Hornets in his NBA career. Since then, Joe has been playing professional basketball overseas for the past eight years, splitting time in leagues in Israel, Italy, and Turkey. In 2020, he signed one of the most lucrative free-agent contracts, making him the second-highest-paid naturalized Israeli player in the entire Israeli Basketball League. 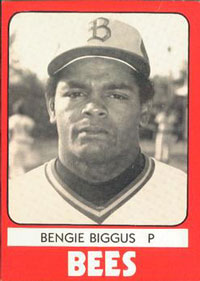 Bengie Biggus was a three-sport star at Frederick High School, excelling in basketball, baseball, and football. After high school, Bengie attended Frederick Community College and joined the baseball team. After two standout years at FCC, he was signed by the Milwaukee Brewers. Bengie went on to play six years of professional baseball, splitting his career between the Milwaukee Brewers and San Francisco Giants. Bengie held the mark for the most modern baseball professional pitching wins by any player from Frederick County until the 1990s. Bengie pitched more than 570 innings, appeared in 114 games, struck out 321 batters, and compiled an overall 37-26 record. Bengie’s best year was when he pitched for the Shreveport Captains in Double-A, helping his team to the best record in the Texas League, where his 12-6 record and a 3.21 ERA were third-best among all starting pitchers that year. After sustaining a significant injury in his pitching arm, Bengie returned to Frederick County, where he has coached, trained, and mentored various baseball and basketball teams and fitness training for soccer, football, and track and field athletes. At FHS, he served as an Assistant Baseball Coach alongside Head Coach Phil Rhodes for ten years. In addition to his lifetime love of sports, Bengie has worked and volunteered alongside his wife Angie for nearly 30 years to serve underprivileged, special needs, at-risk youth, and high needs adults and families in Frederick County and abroad. Most recently, Bengie was highly honored to be selected as one of only 200+ Frederick athletes of all recorded times to be featured on the Frederick Sports Mural, one of the largest sports murals in the country, to be installed at the Frederick Keys Stadium. 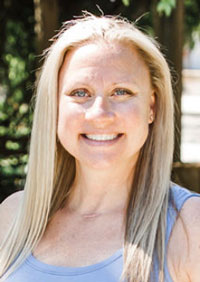 Elizabeth “Liz” Lebherz Hansel was a Thomas Johnson High School graduate and Towson University swimming standout. Liz was never part of a losing meet in high school and went on to a stellar college career that included 10 Colonial Athletic Association (CAA) conference titles, six CAA records and she broke 17 school records during her tenure. She held eight school records when she graduated. Liz earned All-CAA honors in seven events during her senior year and qualified for the NCAA Championships as a senior. Liz was one of only three Towson swimmers that were named to the CAA 25th Anniversary Women’s and Diving Team. Liz is recognized as one of the best swimmers in Towson University history. After graduating from Towson University, Liz was an assistant swimming coach for Towson University and earned her Master’s Degree from Goucher College in teaching. 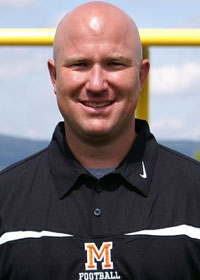 Coach Kevin Lynott spent more than two decades as an exceptional football coach with tenures at Brunswick and Middletown high schools. Coach Lynott is best known for the dynasty he created as the football head coach at Middletown High School from 2008-2017. During this time, he compiled a record of 86 wins and just 27 losses. The Knights won three out of four consecutive 2A Maryland State Football titles from 2010-2013. He led the Knights to five MVAL championships, five 2A West regional championships, and one 1A North regional championship at Brunswick, five Piedmont Conference titles, and guided the Middletown High School football program to the longest winning streak ever, winning 36 consecutive games. To add, while at Brunswick High School he helped lead the football team as an offensive coordinator to its first 1A State Championship appearance in 1999. It’s no wonder that fnfcoaches.com named Lynott one of the 20 most influential coaches when his career has a combined record of 112 wins and 53 losses. Coach Lynott has been named as the Association Press Maryland State Football Co-Coach of the Year, USA Today National Runner UP, Mid Atlantic Regional,  Maryland Coach of the Year, and Fellowship of Christian Athletes Coach of the Year. Coach Lynott has been very instrumental in growing Youth football in Frederick County through his leadership role as a USA Football Master Trainer for the Heads Up Football Program, working with the MVAA Youth Football program for many years his support of Frederick youth programs. Currently, Coach Lynott’s is focused on Move United as USA Wheelchair Football Senior Consultant for Development, Education and Training (2019- current) and NFL Salute to Service & Bob Woodruff Foundation (serving the Disabled Veteran Population). 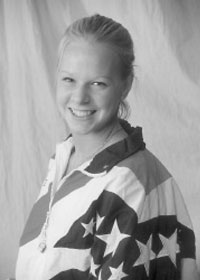 Alexis Maday Packard was a standout gymnast spending time on the U.S. National Team for several years and represented the United States of America in Brussels, Belgium, in 1997. Alexis was a Frederick High School graduate in 2000 and received a full athletic scholarship to the University of Iowa. While at Iowa, she was a three-time All-America gymnast from 2002-2004. Alexis was a six-time Big Ten champion, winning the all-around in 2001. She earned first-team All-Big Ten honors from 2001-2004. Alexis was named Big Ten Freshman of the Year in 2001 and Big Ten Gymnast of the Year in 2004. She holds or shares the University of Iowa school records in the all-around, uneven bars, and floor exercises. In 2018, she was inducted into the University of Iowa’s Sports Hall of Fame, becoming only the second female gymnast to receive this prestigious honor. 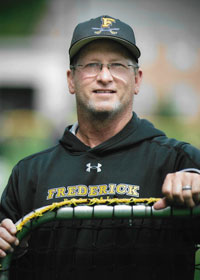 Phil Rhodes was the Frederick High School baseball coach for 30 years, serving from 1992 to 2021. He led the Cadets to a MPSSAA Class 3A State Championship in 2009. During his tenure at Frederick High, he also led teams to the state finals, regional championships, and CMC championships. Phil coached the Cadets to 266 wins during his career. Phil was named Coach of the Year by the Frederick News-Post four times: 1996, 1999, 2005, and 2009. He also was named the Coach of the Decade from 2001-2010 by the Frederick News-Post. Coach Rhodes was fortunate enough to Coach several players who played professional baseball and currently has six former players who serve as high school baseball coaches throughout Frederick County.

The ceremony will be held Friday, April 22, 2022, at the New Spires Arts in downtown Frederick (15 W Patrick Street). Doors open to ticket holders at 6 pm with a reception from 6-7 pm with the induction ceremony beginning at 7 pm. Tickets are available on a first-come-first-served basis, available in-person at either YMCA branch, or for purchase online. (Tickets purchased online will be available at New Spire Arts will-call window the night of.)

The Alvin G. Quinn Sports Hall of Fame collection is located at the Downtown campus of the YMCA of Frederick County, 1000 N. Market Street, Frederick. It is accessible to the public. Permanent and rotating displays of photographs and memorabilia honor Frederick County’s finest athletes, coaches, and athletic and community supporters.