Each Fall the YMCA Hall of Fame Selection Committee meets to determine the next class of inductees. Hours of research and petitioning for the candidate go into the final decision each year. The committee is composed of Frederick County’s history of sports leaders; coaches, teachers, writers, and athletes alike. They continue to find excellent candidates each year.

The line-up this year will showcase four women and two men. It’s a first for the women to be the majority of the class. Each inductee has a brief write-up that highlights their career. We hope you will take a minute to enjoy their accomplishments. 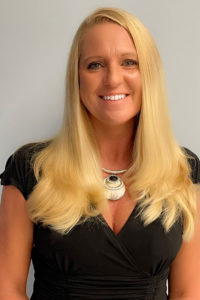 Tracey Kelley Kibler is one of the finest athletes to come out of Middletown High School for her play in girls basketball and field hockey. Tracey was named All-MVAL and Frederick News-Post All-Area in basketball (1991-1993) and field hockey (1991-1992). She was named the Frederick News-Post and Hagerstown Herald-Mail Girls Basketball Player of the Year in 1993. As captain of the basketball team, she helped lead the Knights to a 26-0 record and Class 2A state title in 1993. Tracey also helped the field hockey team to a state championship in 1991. Tracey continued her basketball career at East Carolina University. She was a three-year team captain who earned CAA All-Rookie honors as a freshman and CAA All-Tournament honors as a senior. In between, she led East Carolina in rebounding for three seasons, and won Defensive Player of the Year, Most Valuable Player, and Leadership Award honors. Tracey, while at Catoctin High School, was named Frederick News-Post Girls Basketball Coach of the Year in 2004 and she added AWCC Women’s Basketball Coach of the Year in 2006 while at Hood College. Tracey also served as the Five-Star Women’s Basketball Camp Director and has coached many successful Mid-Maryland and MVAA girls basketball teams. 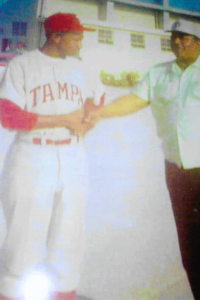 Clarence “Petie” Cooper, a three-sport standout at Frederick High School, was a dominant southpaw who struck out 19 batters in seven innings to lead Frederick to 1-0, one-hit shutout against Glenelg in 1969. Cooper’s 19 strikeouts on the day allowed him to break his own school record of 18, which he set during the 1968 season. These were the headlines often seen about one of the best athletes to come out of Frederick High School. In 1969, Petie was drafted in the fifth round (110th overall pick) of the Major League Baseball Amateur Draft by the Cincinnati Reds. He played six years in the Minor Leagues with the Cincinnati Reds and Minnesota Twins organizations, reaching the AAA level. Petie’s name is all over the Cadets record books in football, basketball, and baseball. Besides his 19 strikeouts in a game, his 226 career strikeouts is best in the 111 years of Cadets baseball. He holds the FHS school record for wins in a season (13) and career (26). His 1969 season ERA of 0.56 is also etched in as the lowest ever allowed by a Cadet pitcher. The 1969 Cadets would go on the win the Frederick County, Tri-State League, and District pennants. He also set football records, which included throwing 28 touchdown passes during the Cadets’ 10-0 season in 1968. 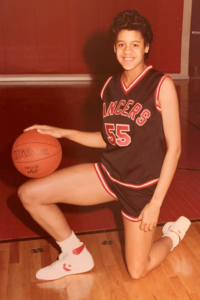 Natalie Cleckley Jackson played four seasons on the Linganore High School girls varsity basketball team, which she captain her junior and senior years. She was the Frederick County Girls Basketball Player of the Year her senior year. Natalie went on to play center for Furman University. She was the recipient of the 1987-88 Southern Conference Freshman of the Year award. She later was the 1990-91 Southern Conference Player of the Year after earning first-team All-Southern Conference first-team honors in 1990-91 and second-team honors in 1988-89. During her junior year in 1989-90, Natalie helped lead Furman to its first Southern Conference basketball championship and first 20-win season (20-9). She led Furman in scoring and rebounding as a freshman and, as a senior, she paced the Paladins in scoring, rebounding, and field goal percentage. She averaged 14.7 points and 9.5 rebounds per games over the course of her career. She was named to the Southern Conference Academic Honor Roll and Furman’s Most Valuable Player in 1990-91. As a senior, she set Furman single-season records for points scored (575) and rebounds (356). She was inducted into Furman’s Hall of Fame in 1996. 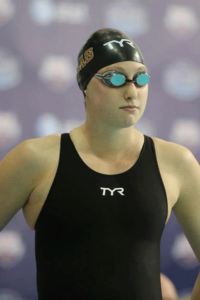 Bethany Adams is among the most successful female swimmers to hail from Frederick County. The 2009 Thomas Johnson High School graduate was a six-time NCAA All-American and four-time Big 12 champion at the University of Texas. She competed in the 2012 U.S. Olympic Trials in the 50-meter freestyle and 100-meter breaststroke events. Bethany is one of only two female swimmers from Frederick County to qualify and participate in the U.S. Olympic Trials. She set records for the 50 freestyle during her college career and her name still is in the Longhorns school record books. Bethany was also a superb student-athlete, being recognized as a Scholastic All-American (2006-2009) in high school and continued at the University of Texas, where she was All-Big 12 Academic first team from 2011-2013. 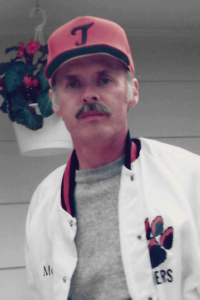 Stephen Linger’s legacy in the world of women’s fast-pitch softball in Frederick County is still felt today. He was the founder of the Lewistown Tigers in the 1980s, the first girls fast-pitch softball travel team in Frederick County. The Tigers won 42 tournaments and produced 21 players that received scholarships to play in college. Stephen coached softball at Thomas Johnson High School where his teams went 40-17. He ran the Tigers fast-pitch softball clinic at Frederick Community College for years. He later coached at Messiah College where he guided the team to its first 20-win season in 1991 and added three MAC Championships (1991, 1993, and 1994), eventually winning the MAC in 1994. Stephen not only cared about all the players he coached but also cared about the community, and he was named Outstanding Young Marylander in 1980. An example of his dedication to softball in the county, he started the Frederick Community College softball team with no budget and donated his coaching salary back to the program to make it successful. 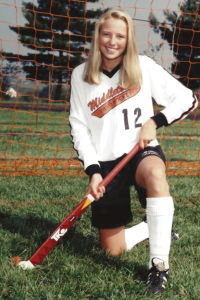 Described by many as the best field hockey player ever to come out of Frederick County, Joann Engestrom would eventually make the 2003 U.S. National Field Hockey Team and U23 National Team. Joann, a three-sport athlete at Middletown High School, was named the Frederick News-Post Field Hockey Player of the Year her senior season. She went on to play Towson University for three seasons, leading the team in scoring her junior year. Joann transferred to Temple for her senior season where she earned All-Atlantic 10 Conference first-team honors. Joann has coached and mentored youth teams, high school players, club and college hockey teams while sharing her passion, skill, and knowledge for the game of field hockey. She continues to pass on her skill, experience, and drive for the game of field hockey to many future players. Joann was a talented field hockey player who controlled the field with her skill and passion and competitive drive while inspiring and motivating other players to improve their performance.

Started in 2020, the Rising Star Award, goes to a Frederick County individual or team who demonstrated exceptional accomplishments and contributions in their athletic field in the past year. The 2021 recipient is Kyle Lund. 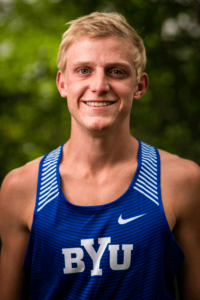 Kyle Lund helped raise the bar in a county already well known for strong track and field athletes. The 2020 Oakdale High School graduate posted the nation’s sixth-fastest high school indoor 800-meter time during the 2019-2020 winter season. Unfortunately, the COVID-19 pandemic robbed Lund of an outdoor track senior season. However, by that point, his legacy had been sealed. During his senior year at Oakdale, he won a cross country state title, helping Oakdale to the team title in the fall. During the winter season, he won the 800- and 1,600-meter indoor state titles, along with two relay titles, again guiding the Bears to a team title. During his career, he was a five-time Frederick News-Post Runner of the Year. He ran the fastest outdoor 800 in the history of the MPSSAA State meets and briefly held the nation’s No. 1 time in December of 2018. Lund signed with national cross country power Brigham Young University, where he competed this past fall.

Please join the Hall of Fame selection Committee to welcome these outstanding athletes into the 2021 Class of the YMCA Sports Hall of Fame on Saturday, September 18 at 5 pm for a social hour and at 6:30 pm for the ceremony. The event will be hosted at New Spires Arts Stages in downtown Frederick-located at 15 West Patrick St. This venue allows plenty of room for Covid 19 protocols; masks, social distancing, and food safety considerations will also be followed. Please check the YMCA website for details as we approach the event date to see what the Health Department recommends at that time.

Tickets are $25 and can be purchased at the YMCA 1000 North Market Street, Frederick or online!